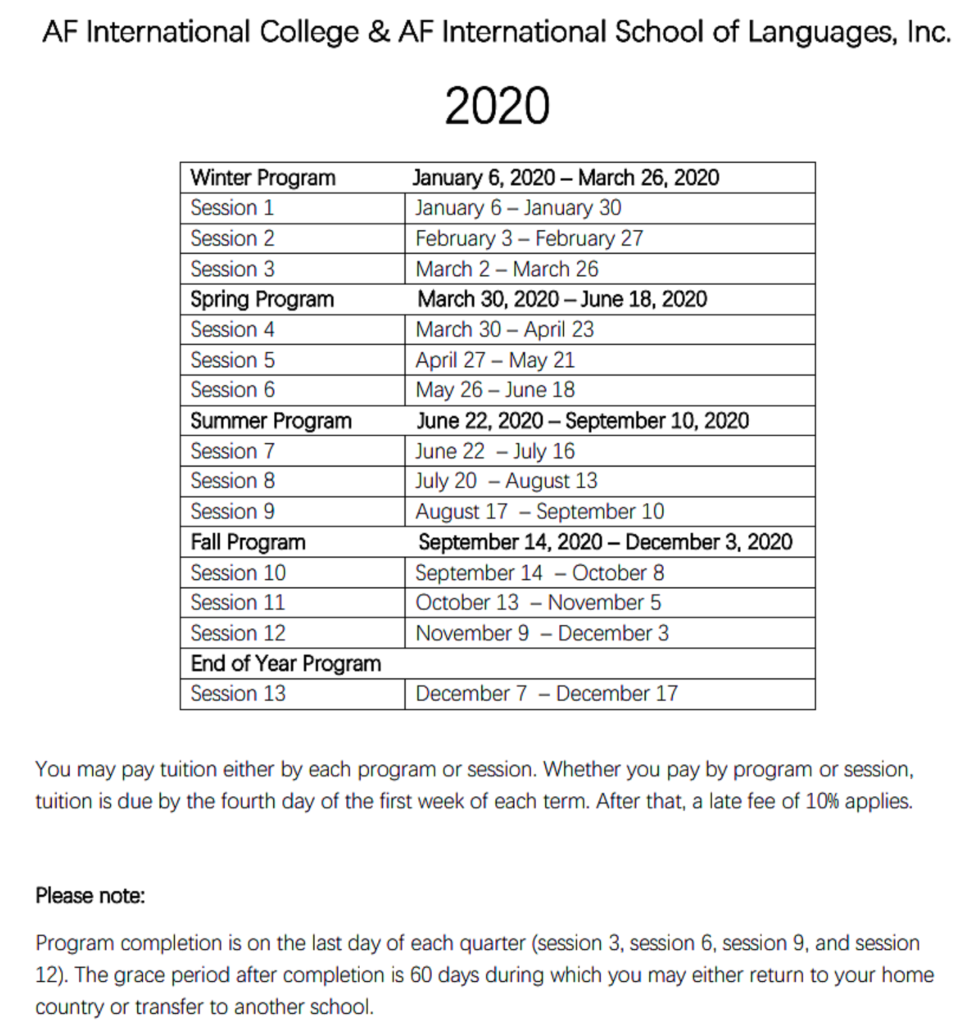 A F International observes the following Federal holidays* as listed in our Academic Calendar:

*Federal holidays are designated by the United States Congress in Title V of the United States Code (5 U.S.C. § 6103).[1] Congress has authority to create holidays only for federal institutions (including federally owned properties) and employees, and for the District of Columbia. However, as a general rule other institutions, including banks, post offices, and schools, may be closed on those days. In various parts of the country, state and city holidays may be observed in addition to the federal holidays.